For the last couple of weeks, I’ve had the chance to experiment with Google Glass. I’m not even sure I thought it would be worth checking out, but when the invitation came, I felt like it would be something worth doing – this video did a lot to make me think that there were real possibilities for Glass in the classroom, and that made it instantly interesting to me.

Mat Honan, in a recent post to Wired’s Gadget Lab titled “I, Glasshole: My Year With Google Glass” sums things up nicely:

The future is on its way, and it is going to be on your face. We need to think about it and be ready for it in a way we weren’t with smartphones. Because while you (and I) may make fun of glassholes today, come tomorrow we’re all going to be right there with them, or at least very close by. Wearables are where we’re going. Let’s be ready.

But what can you actually do with Glass? Right now, I’m not sure. I can ask it to look things up for me, but that would require talking to my glasses – talking to my phone was enough of a nerd-hurdle to clear, and talking to glasses feels so much worse. I can use it to show me interesting things nearly, which is pretty cool. I can also use it to give me directions and actually put them in front of my face, which is great.

One thing it’s great for is taking photos and videos and sharing them via Google+, Twitter, or email. It’s also pretty good for Google Hangouts (but for anyone to see me, I need to be standing in front of a mirror, which I normally don’t have handy). I can really see using media and hangouts together to give as close to an field trip-like visit to all sorts of places without actually having to be there. That example video I linked to above wasn’t lying – this could be very cool.

The other day, we took the boys to the Metropolitan Museum of Art, and here’s what we saw. Some highlights for them were the Christmas tree, Henry with Henry VIII’s suit of armor, the Temple of Dendur, and the mummies, while I was particularly taken with a couple of sculptures, particularly one of St. Bartholomew carrying his skin around.

Not too shabby, but I need to get over the awkwardness of wearing Glass around to capture more #throughglass. The future is coming, and it might even be here. “Let’s be ready.”

A couple of years ago, I did a tongue-in-cheek talk on how crowdsourcing made it so that I didn’t have to make any important decisions on my own and that, if I could, I’d outsource everything I did. 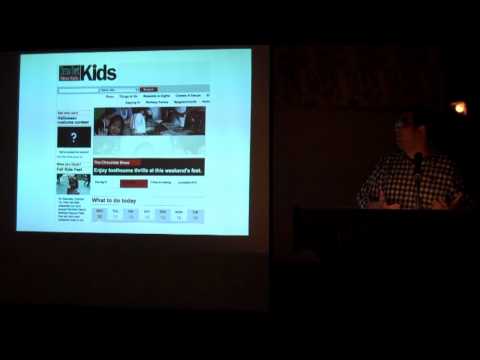 Turns out that there’s now an app for that. Of course there is. This could be trouble.

(via Lifehacker and All Things D)

I recently had to migrate my blog from Posterous to WordPress because the former is closing down shortly. It wasn’t the end of the world because I’ve done this before and I know what I’m doing, but I’m sure this is going to be a real pain for a lot of people who aren’t into blog backends and importers and plugins. These people stand to lose all the content and discussions that they have created on their blogs unless they can find an easy way to move on.

But this sort of stuff happens all the time. A year or two ago, I thought we had finally found a way to give all our students free and easy access to a powerful set of creative tools with Aviary‘s suite of web-based applications. I even remember a meeting that my department had at Aviary’s NYC headquarters that sold us on widespread use of their stuff. And then, with a simple change of corporate focus, those tools were gone. We worked around it, but it was a real disappointment from a group that we personally wanted to trust and continue working with.

A lot of educators who put in conference proposals have the “thing” that they focus on for the current season of conferences, and this year mine was that technology isn’t about the stuff that we use but what we make of it. In short, it’s about creating flexible mindsets in the teachers and students that we work with so that they are never hung up on a specific tool that may or may not be available the next time they go to use it.

By focusing on what we want to make instead of how we’re going to make it, we allow for experimentation, curiosity, and serendipity. We let someone find a way to make something happen instead of giving them a recipe to follow. Ultimately, that process is more important than any “finished” product, especially if we allow for revisiting, revision, and continual improvement.

This isn’t just about blogging platforms and computer programs. I’d imagine that we can all try to do things in different ways. The next time you think you how you’re going to get something done, try something different. You might just find a better way to do it.